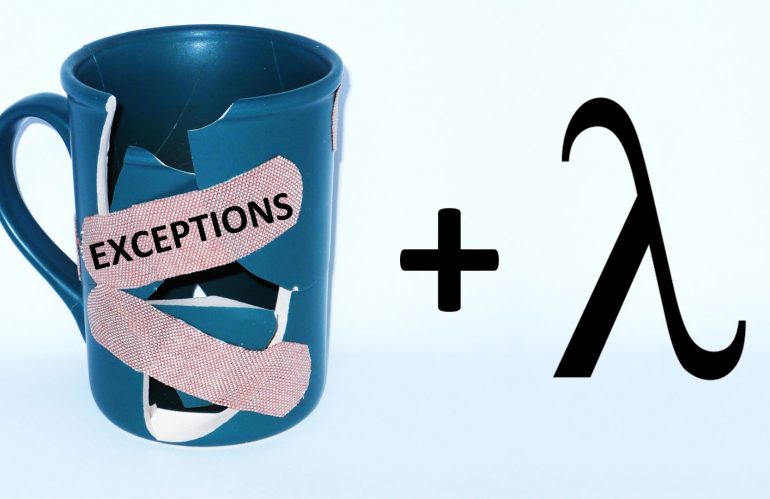 Java 8 gave us Optional, a mighty weapon against the most frequent Exception in Java: NullPointerException, that I talked about in this blog post. However, Java 8 also brought new headaches regarding exceptions, as the default functional interfaces in Java 8 don’t declare throwing any checked exceptions. So usually when you get a checked exception within a lambda, you have to fix that somehow.

The default suggestion offered by most IDEs to auto-fix this issue will produce code like this:

We could create a dedicated function doing just .parse and then cast a spell on it with @SneakyThrows, as we've discussed in a previous article:

But creating this new method just to hack it with Lombok feels wrong. Indeed, we created it for a purely technical reason: to hide the annoying checked exception which doesn't fit with the java.util.Function interface that doesn't declare throwing anything.

Let's play a bit and create a ThrowingFunction interface declaring to throw any checked exception:

Then, our s->format.parse(s) expression could be target-typed to this new interface, so the following line compiles:

And here's the strange wrapAsRuntime function:

If that's complete nonsense for your, then I would advice that you try to type it yourself. It helps a lot!

Notice that we’ve used generics to make it highly reusable. That's quite a good idea, isnt'it? It's so good that of course others had it it many years ago... 🙂

Introducing the Unchecked.function() from the jool library that does EXACTLY what we did above. Using it, the final code looks like:

If you've been using Java 8 for many years, then this library is a must-have.

Best-practice: Whenever checked exceptions are annoying you in lambdas -> or method references ::, use Unchecked.* to rethrow it as a RuntimeException

This doesn't involve any hack in the bytecode (as @SneakyThrows does), but only plain java code. Passing a function as a parameter to another function is a very useful practice that I will be blogging about soon, but functions that both take and return functions - I found that the vast majority of developers have a hard time reasoning about them. It's one of the most complex, hard to read, and especially hard to debug in Java, so avoid mixing it with complex business logic. But since it's a library doing it, and the purpose is straightforward, I never hesitated to use it many of my projects. On the other hand, if you want to avoid depending on this library, you just saw the necessary code to write.

Now let's shift a bit the perspective. No matter how you twist it, the processing of the entire stream stops when the first exception is thrown. But what if we don't want to crash but instead collect all the errors.

Let’s change the requirements a bit: we now want to parse all the valid dates and return them IF at least half of them are parseable, otherwise we should throw an exception. This time we can’t let an exception terminate the execution of our stream. Instead, we want to go through all of the items and collect both parsed dates and exceptions. For example, if we are given 3 correctly-formatted dates and 2 invalid ones, we should return the 3 ones that we were able to parse correctly.

Whenever you want to collect the exceptions happening in items, consider using the vavr Try monad.

The Try<> class from the vavr library is a specialization of the Either<> concept present in many functional programming languages. An instance can store either the result or the occurred exception (if any).

If the throwing code crashes with an exception, the surrounding Try.of function will catch that exception and return a failed Try. Therefore, in the tries list above, there can be items with isSuccess() either true or false. To count the success ratio, the shortest (geekest) form is:

To better understand the code, we can extract a function from it, that returns a Try<>:

This resembles the style of handling exceptions in other languages like Go and Haskell, which return the exception to their callers.

By the way, if you think a bit, you could solve the problem without the Try, by sweeping the data twice: first to count the parseable dates, and then to actually parse them. Or even a single pass using a combination of a .map returning a null/Optional.empty for errors, followed by a .filter. That could work too, but the Try approach might be more readable.

Tip: Consider *vavr.Try<> when you want to collect both results and exceptions in a single pass through data.

By the way, if you keep thinking at the "Monad" word, here’s a nice article to get you past that: Monads for Java developers

Disclaimer: avoid streaming a large number of items in batch processing. Instead, stick with the industry default: process the data in chunks, and consider introducing Spring Batch for state-of-the-art batches.

The Vavr library also has an equivalent for wrapping checked exceptions into runtime ones (thanks Babis Routis): 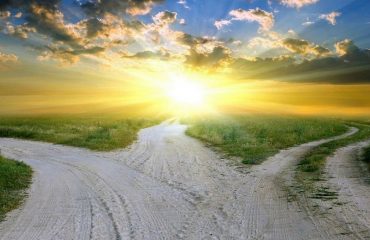